Honestly, it’s been a rough week, and it seems hard to believe that just a few weeks ago I was lounging around the beautiful city of Vancouver being thankful that I finally have a vacation. Believe me, after this past week, I definitely feel like I need a vacation again, albeit one where I can bring my animals with me and never take my eyes off them. However, mulling about the fickleness of life doesn’t do anyone any good and I still have plenty of Vancouver stories to share, so here goes. 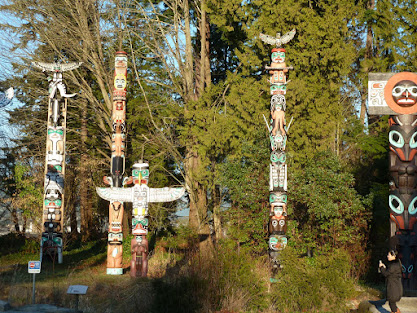 Stanley Park
Everyone will tell you to go to Stanley Park, and for good reason. The place is huge! At over 1,000 acres, it’s bigger than Central Park. There are so many areas to the park as well. We ended up going there on three separate occasions and had very different experiences. The first day we went there we went to the Vancouver Aquarium, which is an impressive non-profit aquarium, home to beluga whales, dolphins and sea otters amongst other things. We actually found ourselves spending quite a bit of time at the aquarium, longer than I normally would because there really was a lot to see. I must admit, I have mixed feelings about aquariums, being a lover of whales. The aquarium doesn’t exactly have the best history in that regards. However, they no longer have captive orcas and they certainly do spend a lot more time educating the public than, say, Sea World, so if you are wanting to go to an aquarium, this would be one worth visiting.

Another visit took us around the sea wall on the western region of the park, but since it was chilly we ended up veering further into the park amongst humongous cedar trees and winding trails. So much greenery! On the third day, I was determined to hit some of the popular spots along the sea wall near the aquarium, such as the totem poles. I definitely got my totem pole fixation on this trip. But even if you don’t visit the park to see stuff, it’s still a gorgeous park, especially on a summer day to just hang out, enjoy the water and the trees and chill. 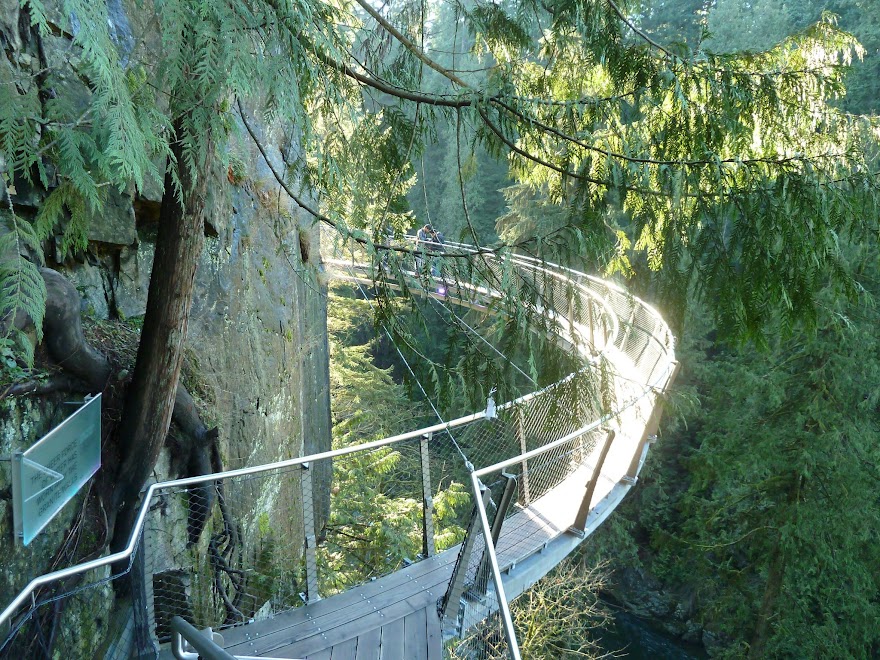 I list these two together because they are so close that it makes sense to do them both at the same time. Grouse Mountain is, at least in the winter, primarily a ski mountain. And it is so easy to get to, from down town you just take the sea bus to get to North Vancouver and then another bus to get to the base of the mountain. If I lived in Vancouver, I’d definitely be wanting to ski all the time. That said, as far as winter activities for non-skiers, it may not really be worth your time. To be honest, it’s pretty pricey. If you’ve never been up on a cable car before, you might like it, but they really pack people in there, so it’s hardly what I would call leisurely. There are some fantastic views of the city and surrounding mountains from atop Grouse, but again, I’m not sure it’s really worth it. Honestly, the biggest thing that drew me in and my biggest disappointment was the sleigh rides. Yeah, I gotta say there’s nothing romantic or even particularly interesting about the sleigh rides. It’s basically a snowcat used to transport kids learning to ski so while it is somewhat picturesque, it’s too short to be worth the wait. It is however, included in your pass, so if that’s your thing… Anyway, I think summertime would be a different story, but during the winter, I would definitely pass on Grouse unless you’re there to ski.

Capilano Suspension Bridge on the other hand is definitely worth the price. Although, to be fair, I have heard that Lynn Canyon Suspension Bridge is just as cool, and FREE, but we didn’t get a chance to visit so I can’t really comment.

If you like hiking, and I LOVE hiking, Capilano is perfect. There’s gorgeous views, streams and waterfalls and lots of beautiful trees. The bridge itself is interesting, supposedly it has the strength to handle the weight of two 747’s but it isn’t the be all and end all. I liked the treetops adventure, with all the cool viewing platforms, and of course the cliff walk. There are also totem poles there and lots of informative history as well as an eco tour through a temperate rainforest. Don’t get me wrong. I’m sure locals see Capilano as a tourist trap, and that wouldn’t necessaily be unfair, but it’s still an interesting place to visit, and hey, if time isn’t an issue, why not go to both?

Gosh, this little tour of Vancouver attractions is already pretty long. I still have to talk about some of the neat neighbourhoods like Yaletown. I’m thinking I’m going to have to save this for another week. Not next week however, next week I want to talk FOOD!